Yes, Manufacturers Have Made Guns Safer 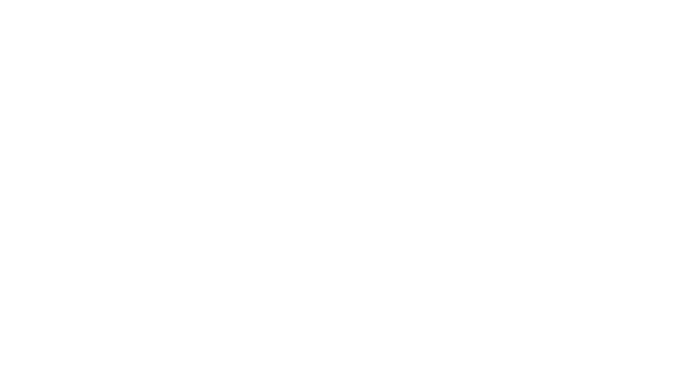 While following recent gun control rhetoric, I’ve noticed an interesting, but troubling trend to compare “smart” guns with safety developments in the automobile industry. As a gun owner, this sort of comparison is not new to me and I am very familiar with flawed anti-gun analogies between cars and gun ownership. However, the smart gun angle is definitely a new take on the matter.

According to anti-gun groups, firearms have never been subject to the sorts of safety improvements that have been made by automotive companies over the last century. These people typically believe that smart guns can bridge this theoretical gap or can bring guns to parity with automobiles. Unfortunately for them, their analogy is fundamentally flawed.

In truth, the current crop of smart guns is more analogous to car breathalyzers in that they outright prohibit use of the tool unless certain conditions are met. Other vehicular safety developments, like airbags, seatbelts, and check engine lights more appropriately compare with less obvious firearm features like manual safeties, firing pin blocks, and loaded chamber indicators. In each of these cases, the safety measures provide another line of protection against relatively rare accidents or offer visual feedback about the machine’s status. With these considerations in mind, let’s take a look at some very real safety features found on firearms today.

The manual safety is probably the oldest mechanical safeguard in the firearms world. While the actual implementation of the feature varies wildly between different firearms, the manual safety typically completely locks the trigger. When the safety is engaged, it prevents movement within the firing mechanism, and some guns even go so far as to place a block in front of the firing pin as an additional defense against discharge.

Over the years, manual safeties have changed quite a bit. On older rifles, especially, push-bottom safeties seem to have been the most common type. More recently, most firearms have moved to rotary, lever-type safeties that provide a more visual and tactile indication that the trigger is locked. Even with years of firearms experience, I often find myself double and triple-checking to make sure push-button safeties actually are on “safe.”

Key locks are similar to manual safeties, but they take the concept a bit further by requiring an included key to unlock the trigger mechanism. Somewhat like smart guns, firearms with key locks can be rendered useless if the key is lost or damaged and a replacement is not available. Typically, gun owners ignore these devices, but they are included on several popular handguns, like the Bersa pistols and even the Heckler & Koch USP.

The double-action trigger initially helped to modernize revolvers by allowing shooters to fire the guns without first cocking the hammer. These days, the long, heavy double-action pull on modern semi-automatic handguns is a feature that some people (especially new shooters) see as an additional layer of safety against negligent discharges. For those wondering, the double-action moniker comes from the trigger’s dual functionality. As the trigger is pulled, it both cocks the gun and fires it. This is in contrast to single-action triggers that simply fire the already cocked firearm. Since the cocking action compresses the gun’s heavy hammer spring, double-action triggers are usually much heavier to pull than single-action ones, and they are not favored by competition shooters.

Many pistols feature a hybrid DA/SA (double action, single action) trigger. On these firearms, the first decocked trigger pull is a heavy, double-action motion while the remainder of the rounds in the magazine are subject to a lighter, single-action pull. The question some often ask is how a loaded pistol with a round in the chamber can achieve decocked status without firing. This is thanks to a feature known as a decocker. Typically, the decocking lever is integrated with a pistol’s manual safety. On some models, like the Beretta 92 series, simply activating the manual safety decocks the handgun. On others, like Heckler & Koch’s USP, actuating the manual lever past the safe position lowers the hammer. There are a wide variety of decocker implementations, but the concept is the same across the board: safely lower the hammer and restore the long, heavy double-action trigger pull.

Most new handguns come equipped with what is commonly called a trigger safety. This passive lever sits on the trigger face and prevents the gun from firing unless the trigger is deliberately pulled from front to rear. Glock’s line of handguns are the most famous users of trigger safeties and the Austrian company was really the first to popularize the design.

Compared to other options, trigger safeties are incredibly controversial. Many people feel that they provide negligible benefit and guns that solely feature these devices may as well not have a safety. When it comes to new shooters looking for a first handgun, I can understand the argument, but all gun owners should know to keep fingers off the trigger unless ready to fire. Those who carry pistols like Glocks often appreciate the quick-to-fight nature of the trigger safety and in a decent holster, there is little reason to worry about accidental discharge.

In its most basic form, the drop safety is little more than a mechanical link between the trigger bar and the striker (similar to the hammer on hammer-fired guns). When the pistol is intentionally fired, the trigger bar or connector drops down and allows the striker and firing pin to travel forward. This action takes enough force and requires the trigger to move rearward far enough that the gun simply will not fire if dropped.

In addition, to drop safeties, many guns also include firing pin blocks. Typically, these devices involve small, spring-loaded pins or blocks inside the pistol’s slide that must be pushed out of the way by the trigger before the firing pin can move forward. Unless a shooter pulls the trigger or nearly destroys the firearm, there is almost no way guns with firing pin blocks will “go off” when dropped.

One of the oldest ways firearms manufacturers have gone about making their products drop safe and immune to slam fires (discharges on bolt closing) is by adding a spring to the firing pin. As readers might expect, spring-loaded firing pins sit inside the bolt and are under constant rearward spring pressure. In order for the firing pin to strike a cartridge primer, the hammer or striker must impact it with more force than the spring can impart. This feature helps to prevent inertia-induced discharges that could happen when the gun is dropped, or the bolt is moving quickly.

Pistols that use strikers rather than hammers to fire can sometimes be difficult to visually check for cocked status. The internally housed striker cannot be seen from the outside of these guns, a fact that can be discomforting for some shooters. Fortunately, most companies now offer pistols with colored indicators, usually at the rear of the slide, that make it very clear that the handgun is cocked. This makes it easy to simply look at the gun and tell that it is ready to fire.

As readers can see, claims that firearms companies have done nothing to make guns safer simply are not true. The features present on many modern handguns and rifles may not be as intrusive as “smart” technology, but they do help to protect against some accidents and light negligence, much in the way that seatbelts and airbags are intended to minimize danger in vehicular accidents. Like automobiles, different guns come with different safety features and it is important to thoroughly research all options before buying.